Copernicus Blue aims to provide a solution to alleviate the irreversible effects on fish stocks, the ecosystem, local communities as well as damage to crucial subsea infrastructure, such as electricity and telecom cables and oil and gas pipelines that are at risk from damage from anchors, dumping and fishing gear such as trawling nets. Copernicus Blue’s focus lies on speed, to catch vessels red handed while they are still in the national waters before damage is done. Using automated ship detection algorithms in optical satellite imagery we speed up a task that would otherwise take weeks, down to now hours to send out near real-time alerts for drone response and efficient direction and deployment of marine patrols. High precision video capture from drones using a low bitrate satellite connection is used to identify and record illegal activity such as banned fishing techniques providing undeniable proof for prosecution in court since AIS data is not sufficient to uphold a case in court. The vessel identity is established and linked to known IUU vessel databases. An inspection is requested from suspect vessels through their smartphone with georeferenced images. This circumvents the need for expensive and time costly and pollutant marine patrols, with legal fisheries eager to cooperate to stop the plunder of their oceans.

This #15PARSEC solution is proposed and further developed by: 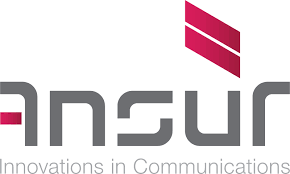