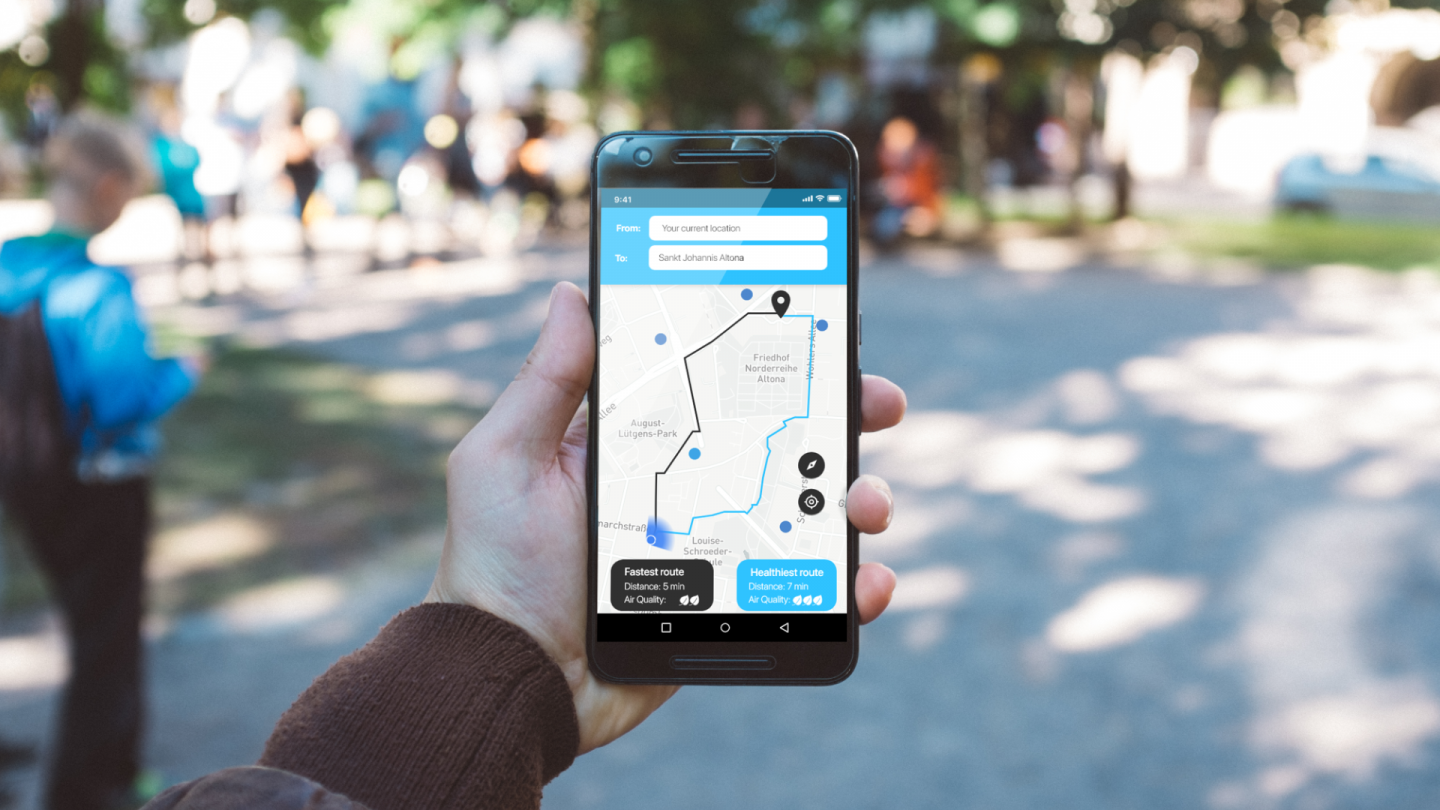 HealthyPlaces is an app that routes pedestrians from A to B while exposing themselves to as little pollution as possible. © HealthyPlaces

Air pollution is the greatest environmental health threat of our time, causing 7 million annual deaths world-wide. It is also one of the biggest concerns for consumers: From 2014 to 2019, the number of people concerned by air pollution in Europe nearly doubled (49% vs. 88%) and “clean air everywhere” is one of the top 10 global consumer trends. Air pollution particularly affects elderly, chronically ill, children and pregnant women who are also some of the most likely groups to commute by walking.

Breeze Technologies and Proximi.io are partnering to develop a smartphone app for iOS and Android to enable citizens to walk from A to B while exposing themselves to the least possible levels of air pollution. Providing air-quality based routing will help citizens to protect themselves from smog and raise awareness for the global problem of air pollution.

The new service will be based off Breeze Technologies’ global air pollution models derived from more than 12,000 air quality sensors and monitoring stations world-wide, satellite data and other public and private data sources. Step-by-step walking routes are calculated by Proximi.io’s leading indoor and outdoor navigation technology.

The service is expected to launch later this year for a limited beta in the city of Hamburg. Breeze Technologies and Proximi.io will be working with governments, cities and corporate sponsors to make the service available in further regions. The environmental routing capability will also be available as an add-on routing logic through Proximi.io’s API to existing and new customers.

This #15PARSEC solution is proposed and further developed by: